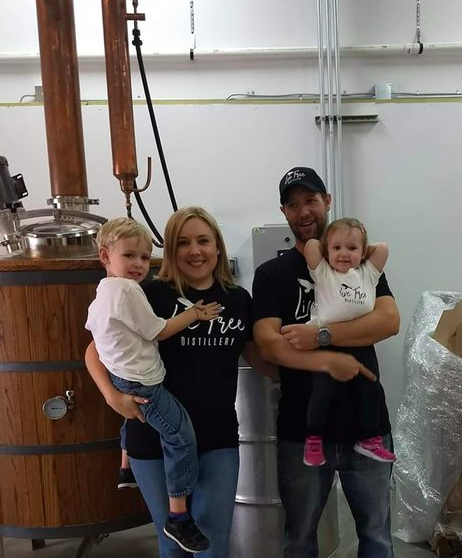 André Marcoux is a native to the Granite State and Manchester. André started out as a hobby distiller in early 2010. Destroying his wife’s stockpot and a large stainless bowl to create his first still. After doing his first run under his deck, with a turkey fryer, he really wanted to get into distillation more and more. Over the years, with trial and error, help from family and friends  André has crafted some very unique spirits. André finally started his dream of going legal in 2018 in Manchester with his own distillery called “Live Free Distillery”. Located at 1000 East Industrial Park Drive. Since opening the doors in September 2018, André has expanded his lineup with award-winning Spirits from the Denver International Spirits Competition, The Great American International Spirits Competition, and the New York International Spirits Competition.