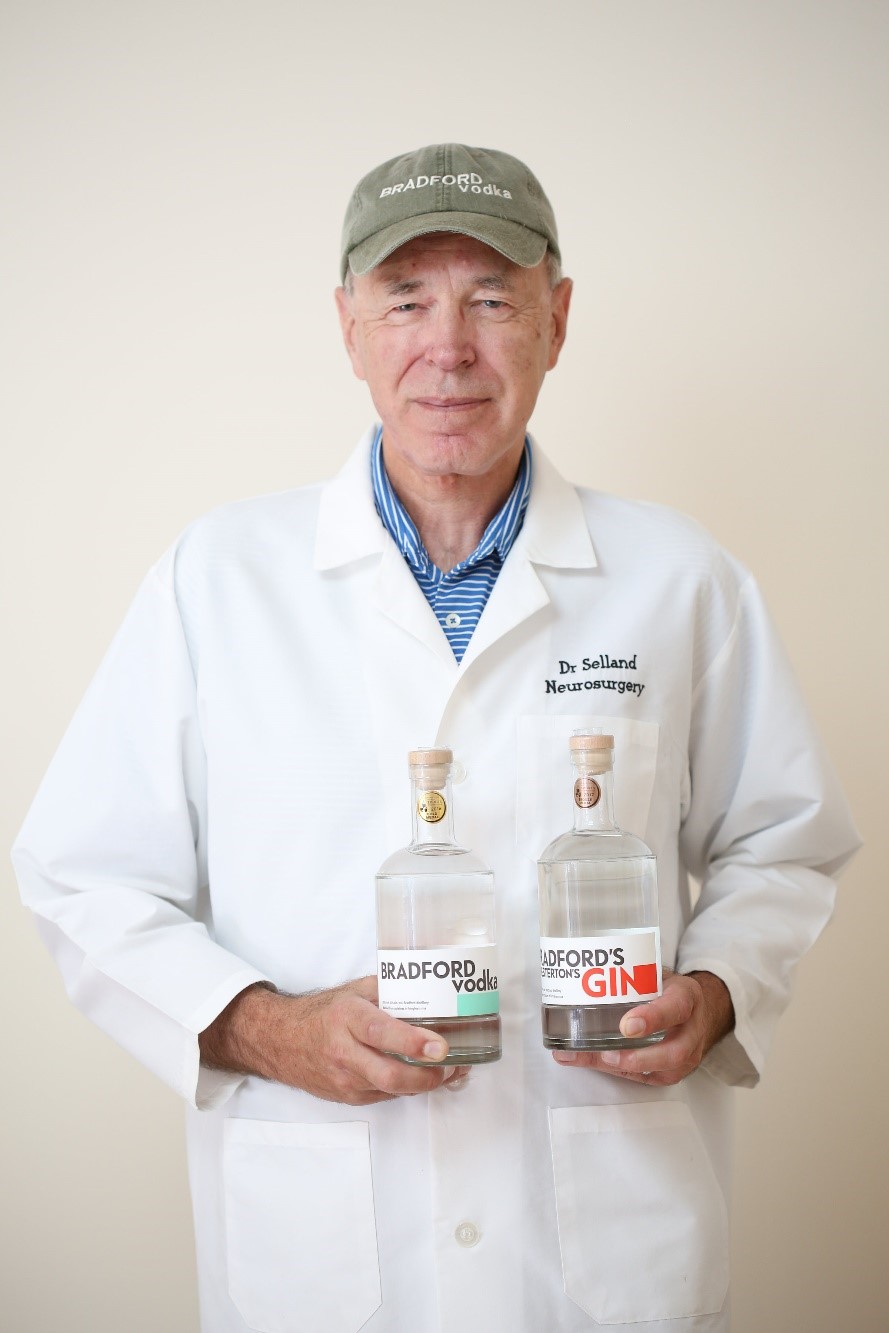 Brad Selland graduated from medical school in 1974. He spent more than thirty years as a neurosurgeon, treating upwards of 20,000 patients. His retirement from medicine gave him time to pursue other interests, one of which was distilling.

For much of his life Dr. Brad had been a scotch drinker but as his plans developed, he was drawn to the idea of making high-quality artisanal spirits using home-grown New England ingredients. While the grains required for scotch production are grown in New England, the amounts are relatively small. One thing the region does have a lot of is potatoes, and that is the direction in which he decided to go.

In 2014 Bradford Distillery was launched, producing a gluten-free potato vodka made from Massachusetts grown potatoes. Once everything was up and running smoothly, Dr. Brad wanted to see how his product measured up to other vodkas. He entered Bradford Vodka into the 2016 San Francisco World Spirits Competition, where it won a Gold Medal.

Dr. Brad’s quest to create the best vodka and gin he can has had an effect on his personal tastes. He reports that he now prefers his products to scotch.