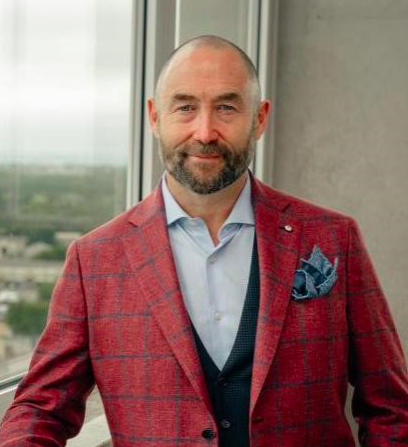 The ice rink may seem like a far cry from the distillery, but for Ed Belfour, they both feel like home.

Growing up in Carman, Manitoba, Ed started playing hockey in elementary school and, for much of his young adult time, went unnoticed as a goalie.

His fate turned around after one show-stopper game in 1981, catching the attention of coaches and scouts. Ed went on to enjoy a nearly 20-year career (playing in 1,124 games) with the National Hockey League (NHL). Today, he is one of only two hockey players to have earned these three major victories: an NCAA Hockey Championship, an Olympic Gold medal and the Stanley Cup. He ranks third on the NHL’s All-Time Win Leaders with 484 victories.

In addition, he has been recognized with the Calder Memorial Trophy (NHL Rookie of the Year), the William Jennings Trophy (NHL Best Goals Against Average) four times, and the Vezina Trophy (NHL Best Netminder) twice. Nicknamed “Eddie the Eagle.”

Along with a refined, natural palate for whiskey, Ed brings entrepreneurial spirit, a sophisticated sense of style, and powerful leadership to the company. From strategic business decisions to selecting barrels, he’s been “all in” from day one and plans to remain an active CEO.

Outside of hockey and whiskey, Ed is known for his bold hobbies and interests, including collector car restoration and auto racing.