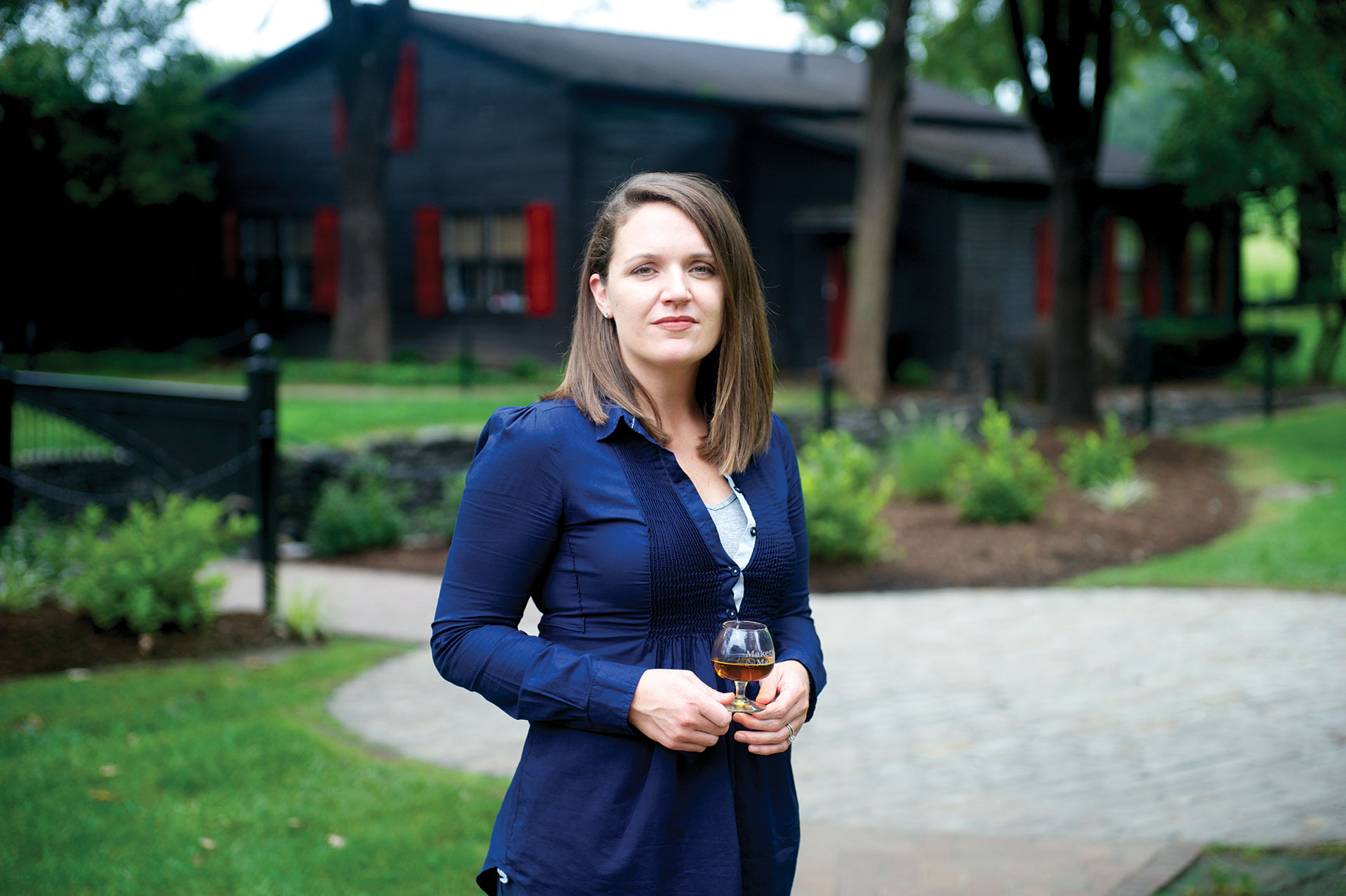 Kentucky native and bourbon expert, Jane Bowie has been a part of the Maker’s Mark® family for over a decade. As Director of Maker’s Mark Private Select® and Diplomat Program, Jane leads one of the industry’s most innovative programs and the team of Maker’s Mark Diplomats who bring this experience to the food, beverage and hospitality community. Under Jane’s guidance, the Diplomats spread the ‘Maker’s Mark gospel’ as trusted guardians, educators and storytellers.

Alongside Maker’s Mark Chief Distillery Officer Rob Samuels, Jane and Maker’s Mark launched the first-of-its-kind barrel program, Maker’s Mark Private Select, in 2015. The experience allows retailers to “make their own Maker’s” by finishing fully matured cask strength Maker’s Mark Bourbon in a single barrel made up of their custom selection of oak staves. In her present role, Jane spearheads every aspect of the Private Select Experience – from wood and barrel education, to sharing the flavor nuances each stave will have on a final selection.

Jane’s longstanding relationship with Maker’s Mark dates back to 2006. After years spent traveling abroad, Jane returned to her hometown of Monticello, KY, and wrote to the Maker’s Mark Distillery insisting they hire her for a position that did not at that time exist – Global Bourbon Ambassador. A presumptuous request, her timing could not have been better; Rob Samuels stumbled across her letter just as he began firming up his own plans to lead international growth on behalf of his family’s handcrafted whisky. Jane was soon hired as the first international Maker’s Mark employee, and shortly thereafter became the face of the brand across five continents.

From Brazil to Australia to Japan, Jane played a crucial role in developing Maker’s Mark in the global arena before establishing herself in London where she spent nearly five years creating and implementing baseline trade engagement programs. With the introduction of the brand’s first-ever Global Drinks Program and Cocktail Competition (a blueprint that would go on to be executed in 14 international markets), and ensuring placement at established high-end bars and retailers, Jane’s efforts contributed to building brand awareness. Today, Maker’s Mark is the number one premium bourbon in the United Kingdom.

In 2012, Jane returned to the States to work directly under Rob Samuels as Maker’s Distillery Ambassador where she continued to champion Maker’s Mark to consumers and trade within the commonwealth of Kentucky. Her transition into Distillery Maturation Specialist, another new role that was carved out specifically for her, was a natural evolution as she looked to bring Maker’s to a new audience through innovations that stayed true to the brand’s values.

Jane holds a B.A. in Business Administration from Transylvania University in Lexington, KY; an M.B.A. from Bellarmine University in Louisville, KY; and a Professional Spirits Qualification from the Wine & Spirits Education Trust (WSET) in the U.K. In 2018, she was named one of Louisville Business First’s “Forty Under 40.”

Jane resides in Bardstown, Kentucky with her husband Alex and their daughter Beatrice. Jane is an avid runner with a passion for visiting distilleries, breweries and wineries around the world.