Founder and COO/CFO at 21Seeds 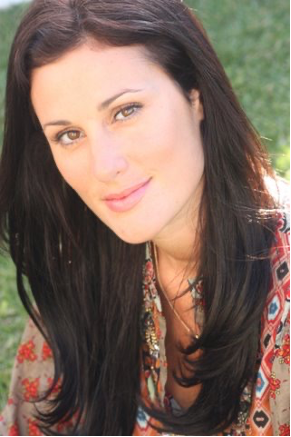 Founder and COO/CFO at 21Seeds

Founder and COO/CFO, Nicole Emanuel knew it was destiny to get in business with her sister and create 21Seeds – the all-natural, fruit-infused tequila that not only makes a statement on your bar cart and taste delicious, but is disrupting the alcohol industry with an approachable disposition to spirits.

Nicole began her career in finance with a job straight out of college at Deloitte where she opened the tax office in Hyderabad, India. Realizing she liked building companies rather than maintaining them, she boldly cashed out her 401k, and embarked on the adventure of a lifetime by traveling the world. On this journey, she found herself in front of the most sought-after astrologist in India who told her she would one day fulfill her greatest accomplishments by working with family. As all good things come to an end, she came back to “real life” and continued her career in finance climbing the ladder where she became the CFO to well-known media companies like Refinery29 and Brit & Co, and Fintech giants like Angellist.

Kat, Nicole’s sister, was originally a wine drinker who eventually made the switch to drinking distilled spirits.  Kat had a preference for tequila, but she wanted something smooth and simple with fresh, natural flavor that made drinking tequila as approachable as a glass of wine. Morphing into a self-made mixologist, Kat created the first batch of 21Seeds in a Brita, working to perfect the temperature, presentation and balance of flavors. Not long after, friends and family began asking for cocktail recipes and bottles of their own to have and serve.

21Seeds was born with the name originated by “21” two sisters and one friend, and Seeds as everything all natural and from the earth goes into the tequila. Finally, Nicole has met her destiny by working with her sister and inspiring others to follow their dreams.